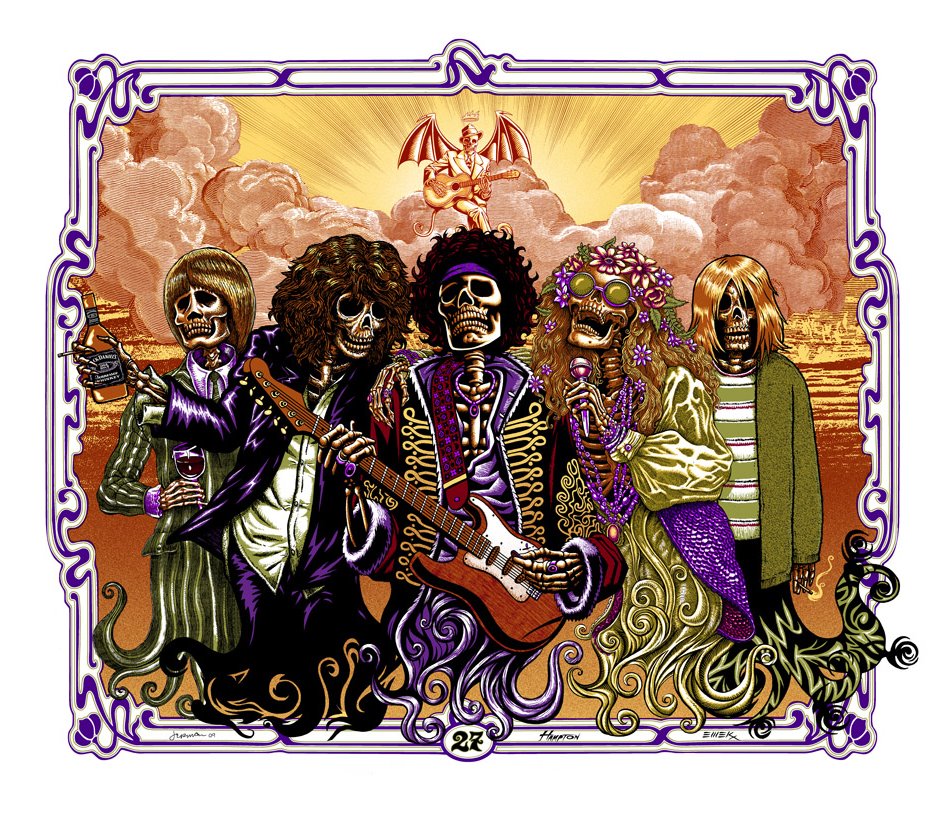 
Additional Info from darkness: The 27 Club—also occasionally known as the Forever 27 Club, Club 27 or the Curse of 27—is a meme regarding popular musicians who all died at the age of 27[1] often as a result of \"precipitous lifestyles that made them candidates for early self-destruction.\"[2] The deaths of some prominent musicians at age 27, such as Robert Johnson,[3][4] Brian Jones, Jimi Hendrix, Janis Joplin, Jim Morrison, Kurt Cobain and Amy Winehouse, have been linked to this idea.

darkness captioned: The 27 Club 10 years ago