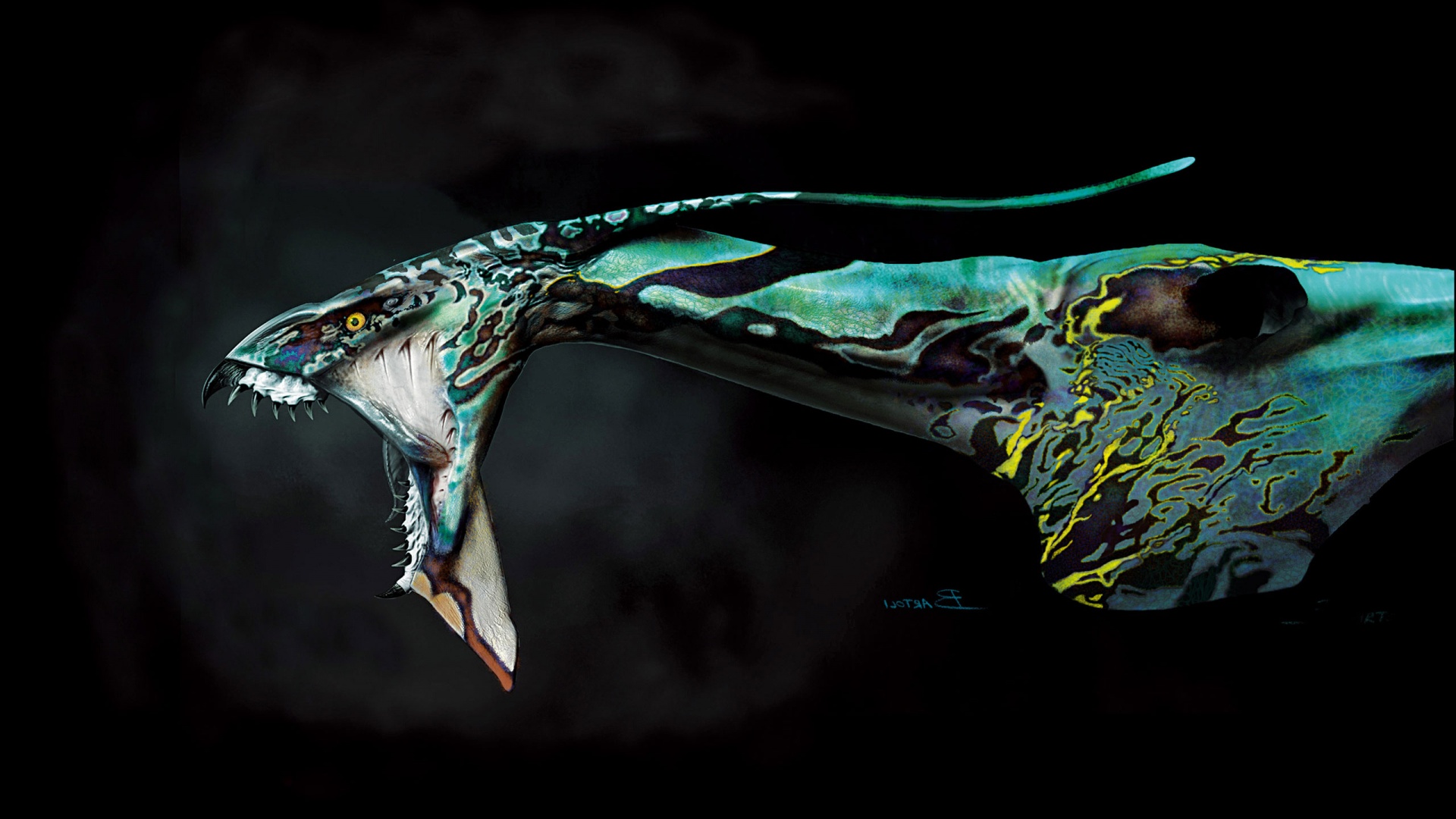 The fierce beauty and nobility of the leonopteryx gave the species a central place in Na'vi lore and culture. It is celebrated in dance, song, and with elaborate totems that symbolize both the fear and respect given to the creature. Indeed, the leonopteryx is crucial to the Na'vi's sense of destiny and interconnectedness.

This creature's name in Na'vi translates roughly to "last shadow", as its preferred method of attack is from above, with its shadow being the last thing its victim sees (and once they do it is already too late). The leonopteryx is carnivorous, feeding on mainly mountain and forest banshees, and occasionally on medusae. Under the rainforest canopy, the leonopteryx will sometimes feed on ground animals such as hexapedes. It is a solitary creature and has no known predators.