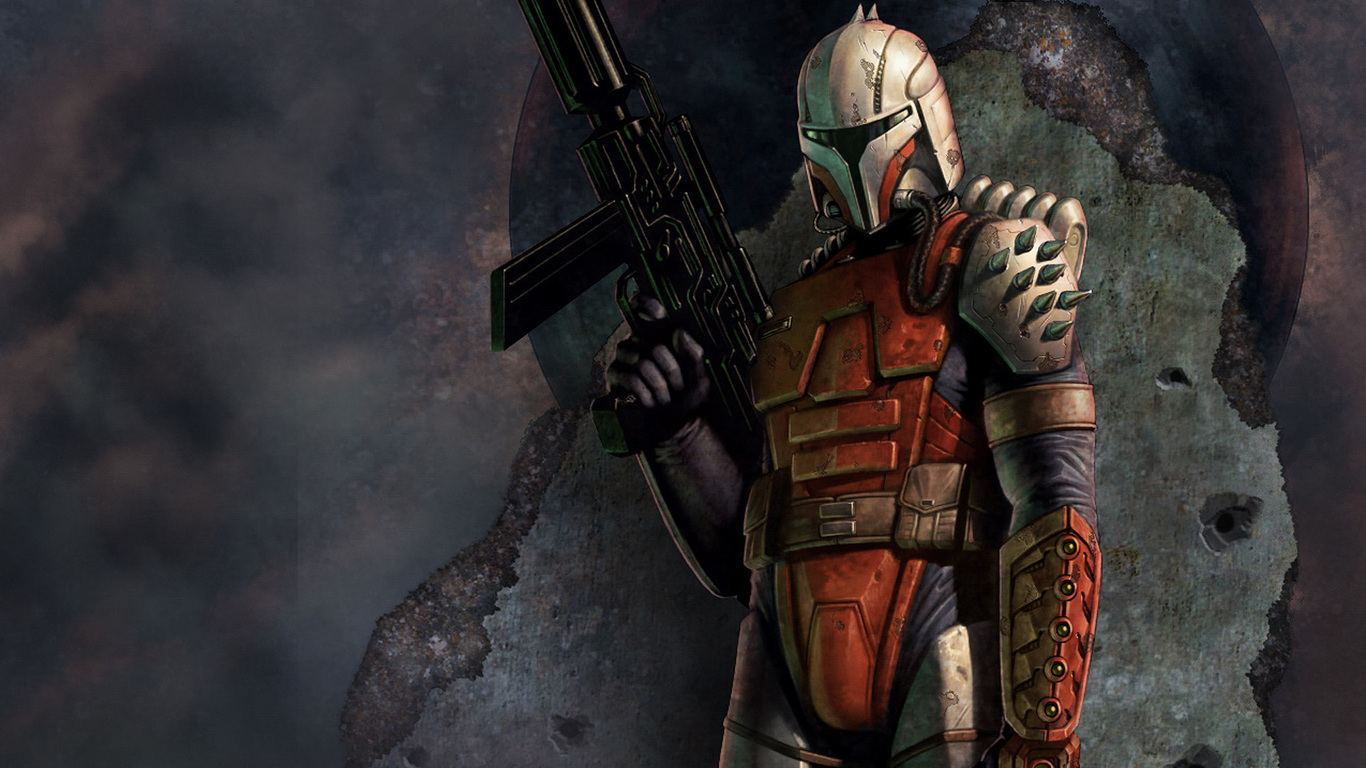 Rohlan Dyre was a Human male Mandalorian Crusader and a former commander who fought in the early skirmishes of the Mandalorian Wars. He deserted the wars multiple times in an attempt to find answers pertaining to the war itself. After the battle of the planet Vanquo in 3964 BBY, Dyre deserted the Mandalorians once more and joined forces with the Jedi Padawan Zayne Carrick, the Snivvian con artist Marn Hierogryph, and The Last Resort's crew to rescue the female Arkanian Offshoot Jarael from an abandoned Republic research station called Flashpoint Station. The station was being used as a base by the Mandalorian scientist Demagol while he experimented with captured Jedi Knights.

After Dyre, Carrick and his crew rescued Jarael and the Revanchist Jedi from the Mandalorians, Dyre was incapacitated by Demagol, who Dyre had disabled earlier. The scientist assumed Dyre's identity and traveled with Carrick's crew. Dyre, encased in Demagol's armor, was taken to the galactic capital Coruscant by the Jedi Knight Alek and his fellow Jedi to stand trial. En route to Coruscant, Dyre fell into a drug-induced coma. Eventually, Dyre regained consciousness and was put on trial for Demagol's crimes against the Republic. During the trial, Alek, now going by the name Malak, testified against the man whom he believed to be Demagol. After a riot began to break out, Dyre was rescued by Zayne Carrick and Marn Hierogryph when they realized that the Mandalorian who they had been traveling with was not Rohlan Dyre. The two asked Dyre for his aid in stopping Demagol, who was now accompanying Jarael after she left Carrick and his crew. He agreed to do so, and accompanied them to Osadia to confront Demagol. After the confrontation ended in Demagol's death, Rohlan helped Zayne find Jarael's parents before disappearing once again.