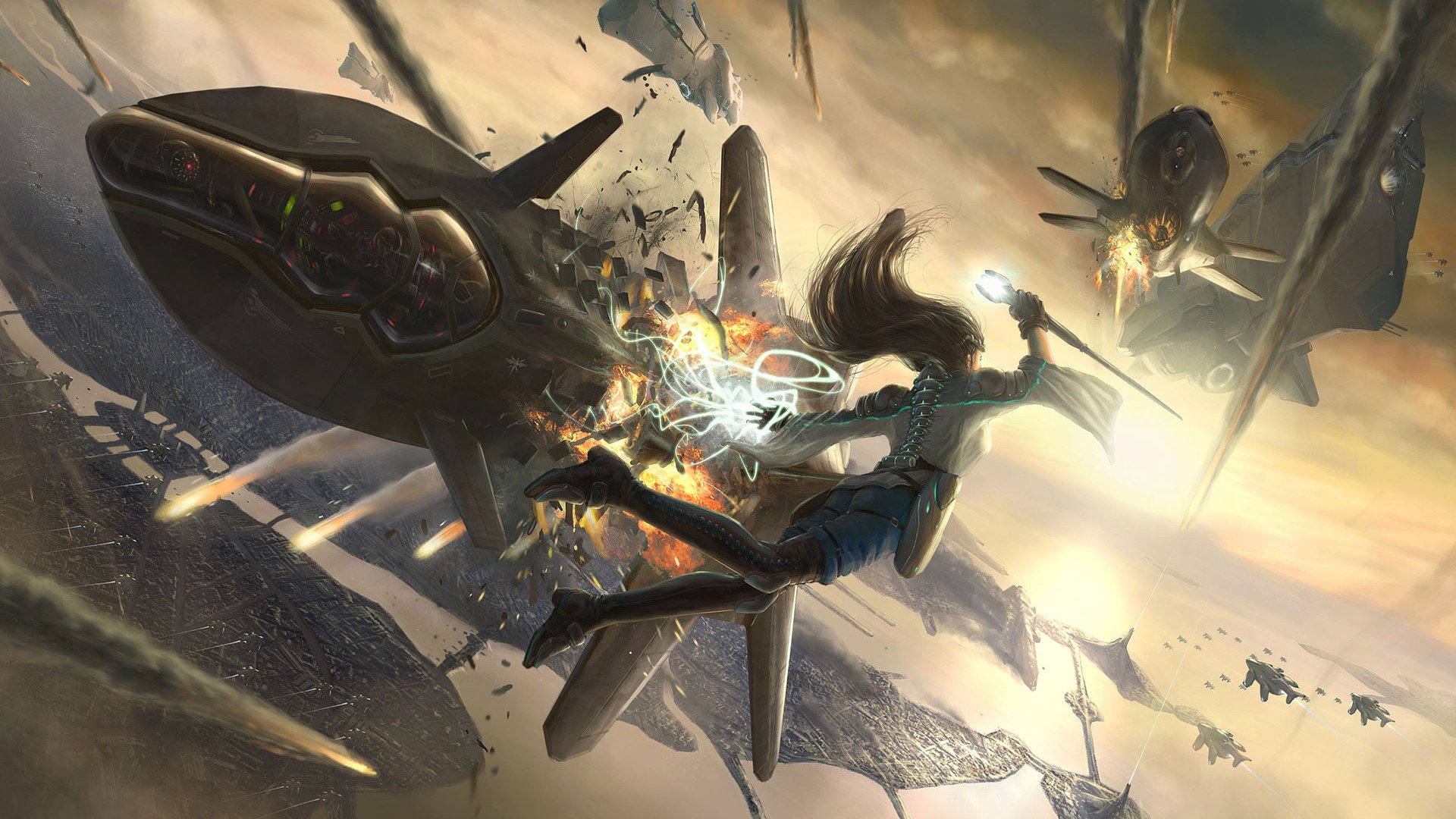 "It was the third year of Dominons War, and we were all tired. So when we left our warp bubble 2 Megaklicks from 47 Ursae Majoris C, we didn't waste our time. MI's reports looked promising: the target planet was inahbited by civilization apparently on quite low tech level. You know, no space fleet or orbital defence stations, no nuke-powered battle platforms, poor Mom Earth-worshipping dum-arses...

It was almost too good to be true.

At 2040 hours Commander commenced attack on their biggest city. Heavy Colonial Fleet Battlegroup: 40 shuttles with infantry, 12 CAS squadrons, 4 carriers, a dozens of support vessels. Commander thought she was smart, cause MI folks told her the farmers down below would have some kind of religious festival that night. Well, they had. And our visit really pissed them off.

53 minutes later, our last Kiev class carrier hit the ground and exploded. 75% of our close air support crafts were also destroyed, and lucky survivors had to pull back. But the worst thing was, it took just three people to wipe out our troops. We dubbed them 'priests' afterwards, cause of - you know, divine powers they used against us or something - but we haven't really grasp their position and role in the farmers' society.
Yeah, divine powers. Don't laugh. One pilot rescued by Medivac boys told us how his plane was ripped in half by flying girl. Other reports mentioned her and her friends, hovering over our carrier - just before it's armour was penetrated and cooling system damaged by, as we were told, meteor shower that came from nowhere!
That night we've learned our lesson. I learned it pretty well... ."

This litte story shows you pretty much wats going on on that picture I did it for CGTalk chalange Spectacular.