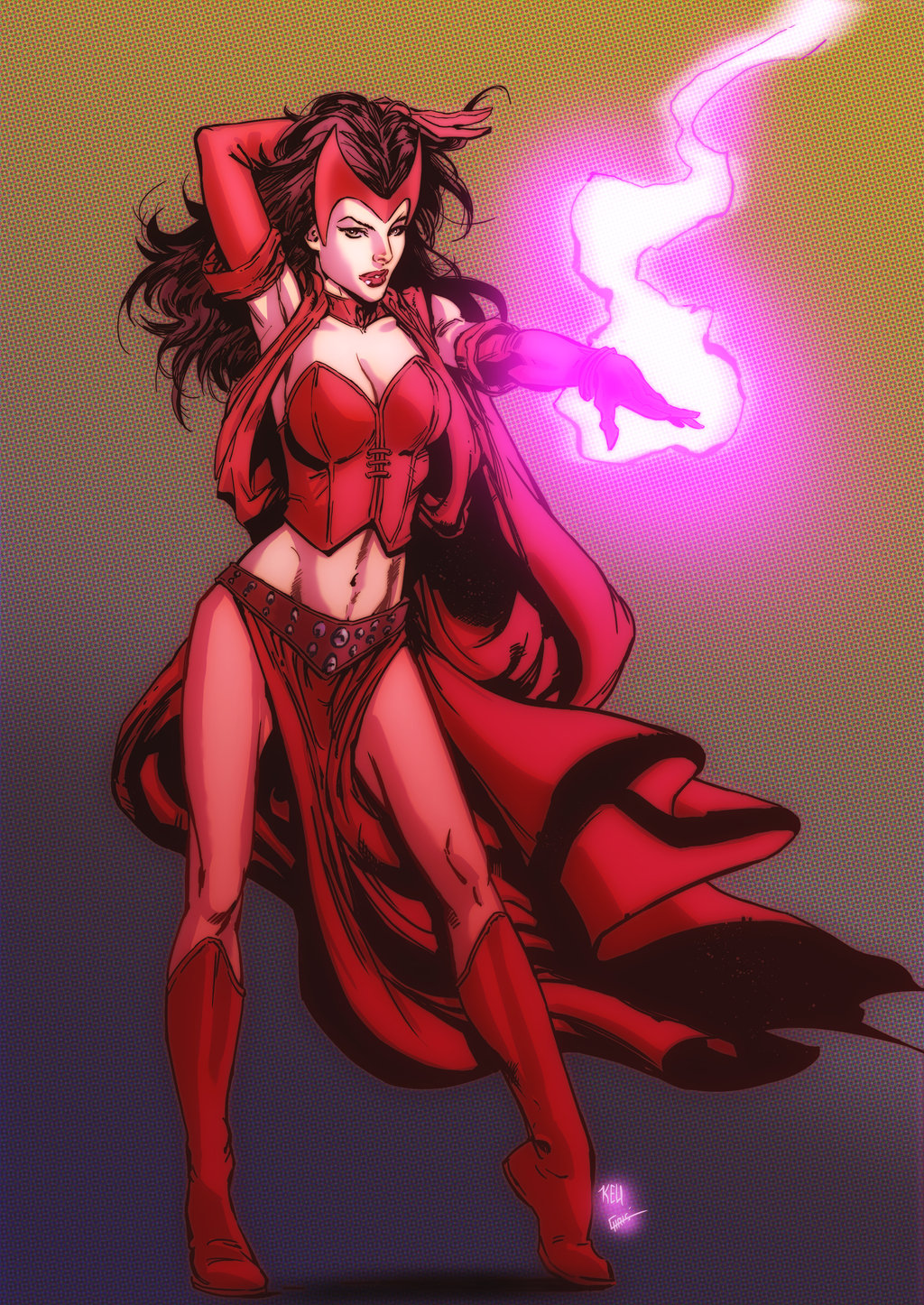 The Scarlet Witch (Wanda Maximoff) is a fictional comic book character that appears in books published by Marvel Comics. The character first appeared in X-Men #4 (March 1964) and was created by Stan Lee and Jack Kirby. She is the daughter of Magneto, the twin sister of Quicksilver, and the paternal half-sister of Polaris.

Debuting in the Silver Age of comic books, the Scarlet Witch has been featured in six decades of Marvel continuity, starring in two self-titled limited series with husband the Vision and as a regular team member in superhero title the Avengers. The character has also appeared in other Marvel-endorsed products such as animated films; arcade and video games; television series and merchandise such as action figures and trading cards.