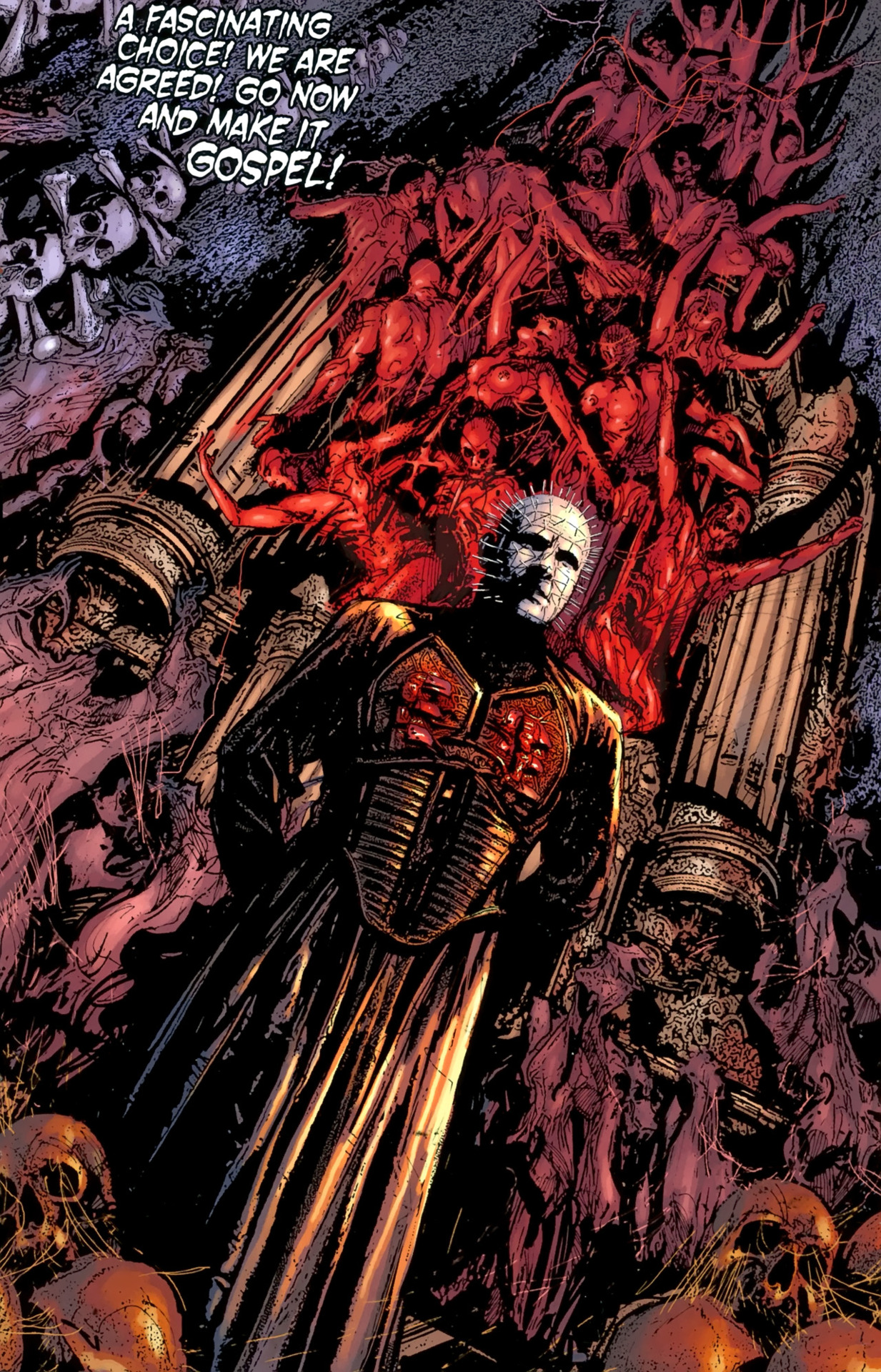 Hellraiser is a British horror franchise that consists of nine films, a series of comic books, and additional merchandise. The franchise is based on the novella The Hellbound Heart by Clive Barker, who would go on to write and direct the adaptation of his story, titled Hellraiser. The films, as well as the comic book series, continually features the Cenobite Pinhead. The series’ storyline focuses on a puzzle box that opens a gateway to the Hell-like realm of the Cenobites, an order of formerly human monsters who harvest human souls to torture in sadomasochistic experiments. Although Clive Barker wrote the original story, as well as wrote and directed the first film, he has not written or directed any of the succeeding sequels. Barker stated in an appearance on Loveline that he signed away the story and character rights to the production company before the first film, not realizing what a great success it would be.