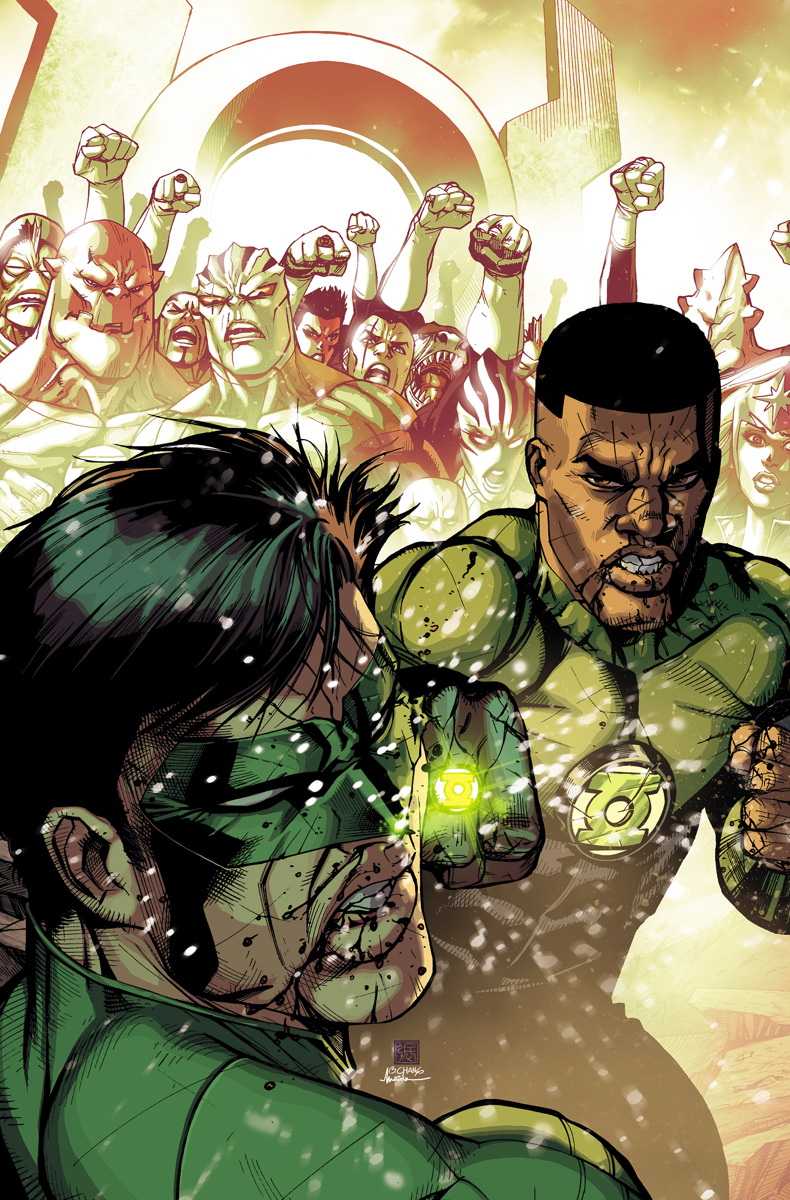 The Green Lantern Corps is the name of a fictional intergalactic military/police force appearing in comics published by DC Comics, derived from the emotional spectrum. They patrol the farthest reaches of the DC Universe at the behest of the Guardians, a race of immortals residing on the planet Oa. According to DC continuity, the Green Lantern Corps has been in existence for three billion years, surviving multiple conflicts both internal and foreign. Currently operating divided as pairs amongst the 3600 “sectors” of the universe, over 7200 members (known commonly as Green Lanterns) are estimated to be serving within the Corps. Each Green Lantern is given a power ring, a weapon granting the use of incredible abilities that are directed by the wearer's own willpower.