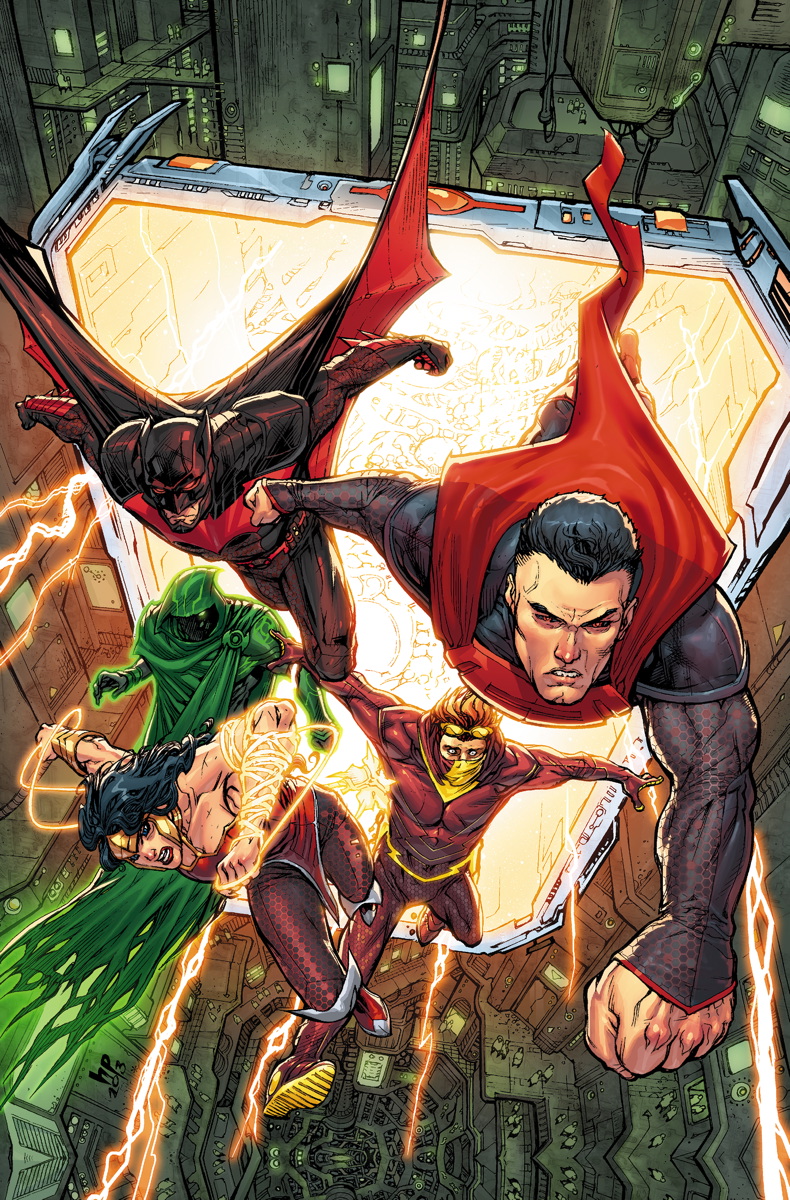 Justice League 3000 is a comic book series published by DC Comics. Taking place in the future of the DC Universe as part of The New 52; the series will feature a 31st century iteration of the Justice League, with futuristic versions of Superman, Batman, Wonder Woman, the Flash, and Green Lantern. The series is written by JM DeMatteis, Keith Giffen and illustrated by Howard Porter.