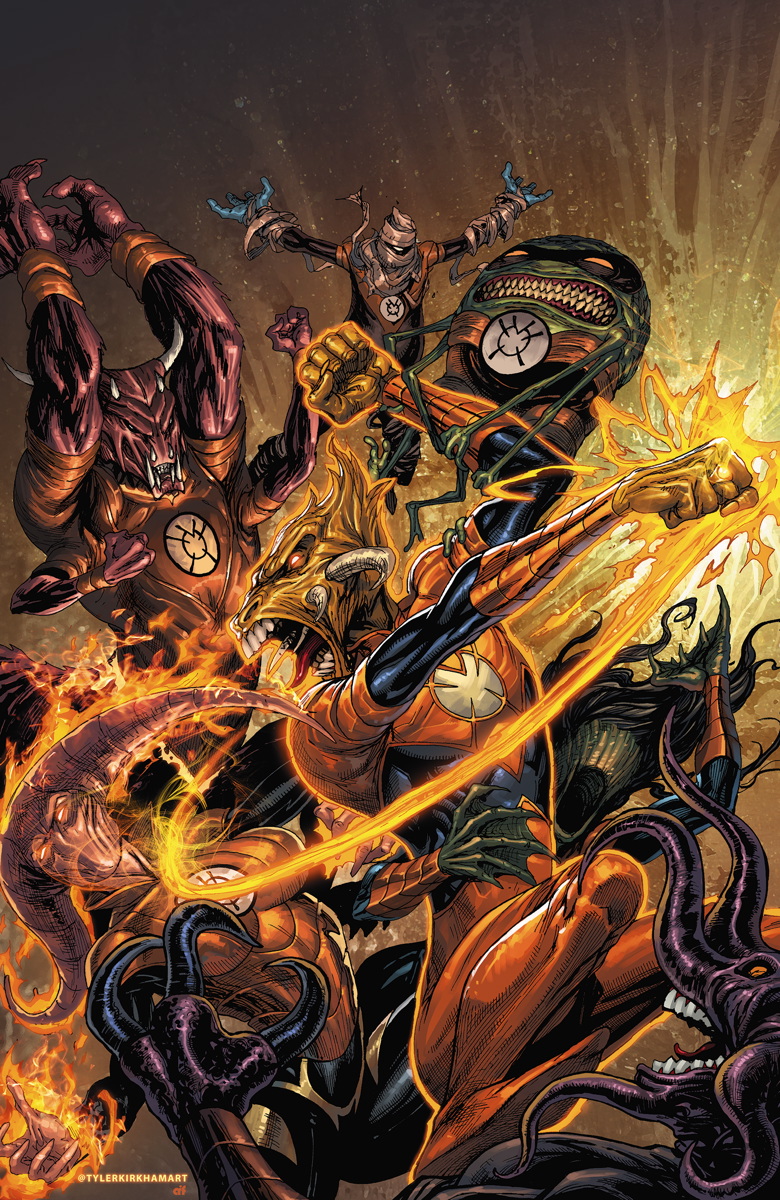 Agent Orange (alias Larfleeze, real name unknown) is a fictional comic book super-villain appearing in books published by DC Comics, usually as an antagonist in books featuring Green Lantern and the Green Lantern Corps. He is the primary wielder of the Orange light of avarice, derived from the emotional spectrum, and does not voluntarily allow others to wield that orange light. He first appeared in DC Universe #0 (April 2008), and was created by writer Geoff Johns and artist Ethan Van Sciver.