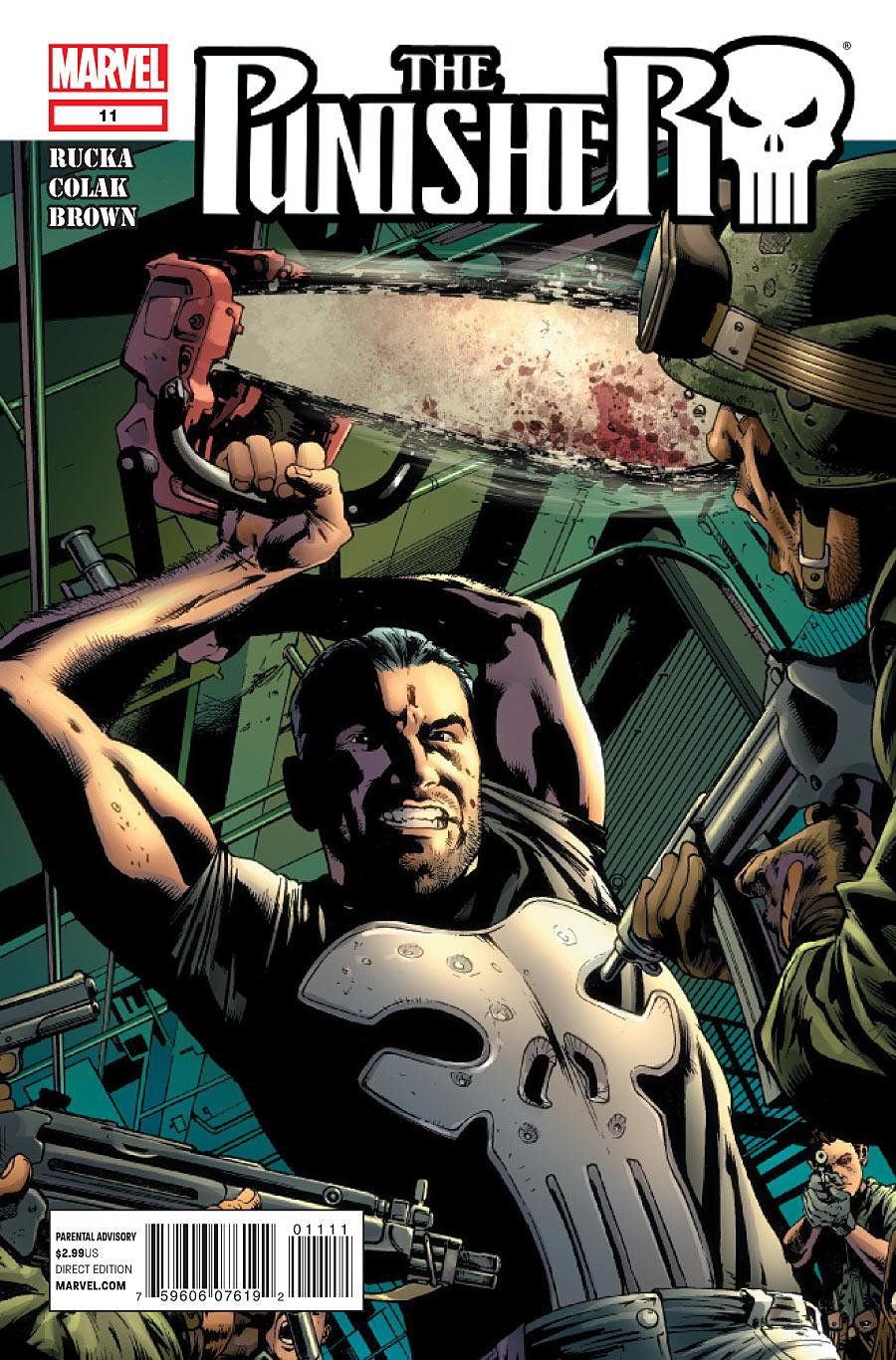 
The Punisher is a fictional character, an antihero that appears in comic books published by Marvel Comics. The character was created by writer Gerry Conway and artists John Romita, Sr., and Ross Andru, with publisher Stan Lee providing the name. The Punisher made his first appearance in The Amazing Spider-Man #129 (cover-dated Feb. 1974).

The Punisher is a vigilante who employs murder, kidnapping, extortion, coercion, threats of violence, and torture in his war on crime. Driven by the deaths of his wife and two children, who were killed by the mob during a shootout in New York City's Central Park, the Punisher wages a one-man war on the mob and all criminals in general by using all manner of conventional war weaponry. His family's killers were the first to be slain. A war veteran of the U.S. military, Frank Castle is a master of martial arts, stealth tactics, guerrilla warfare, and a wide variety of weapons.

The Punisher's brutal nature and willingness to kill made him a novel character in mainstream American comic books in 1974. By the late 1980s, he was part of a wave of psychologically troubled antiheroes and was featured in several monthly publications, including The Punisher War Journal, The Punisher War Zone, and The Punisher Armory. Despite his violent actions and dark nature, the Punisher has enjoyed some mainstream success (although toned down) on television, making guest appearances on Spider-Man: The Animated Series and even The Super Hero Squad Show. In feature films, Dolph Lundgren portrayed the Punisher in 1989, as did Thomas Jane in 2004, and Ray Stevenson in 2008.

Comics - Punisher
The Punisher by FlareX