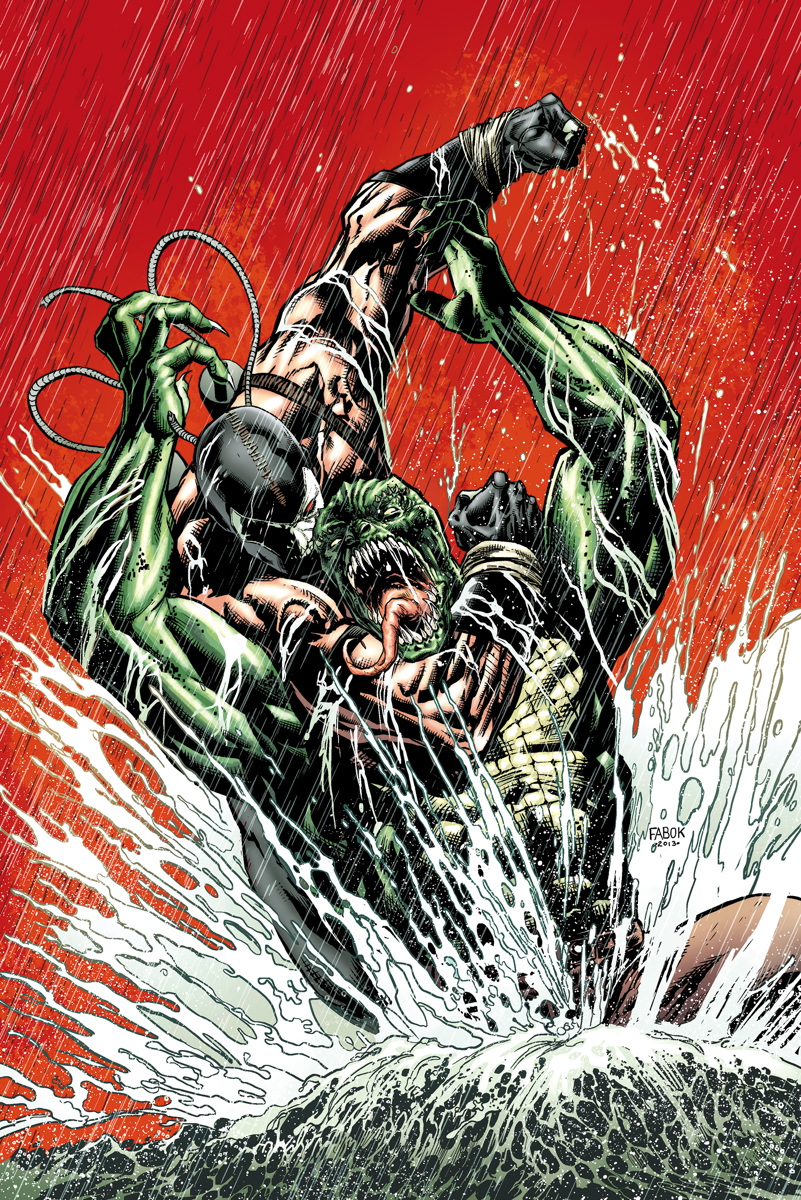 "Forever Evil" is a forthcoming crossover event published by DC Comics, starting in September 2013, consisting of an eponymous, central miniseries written by Geoff Johns and art by David Finch. It is the first line wide crossover since The New 52 reboot of their shared fictional universe, and focuses on all the villains of the DC Universe. The miniseries will spin out of the events in "Trinity War". Johns revealed in August 2013, that the Crime Syndicate, an evil version of the Justice League from Earth-Three in the Multiverse, are the true villains of the event and not the previously thought Secret Society.