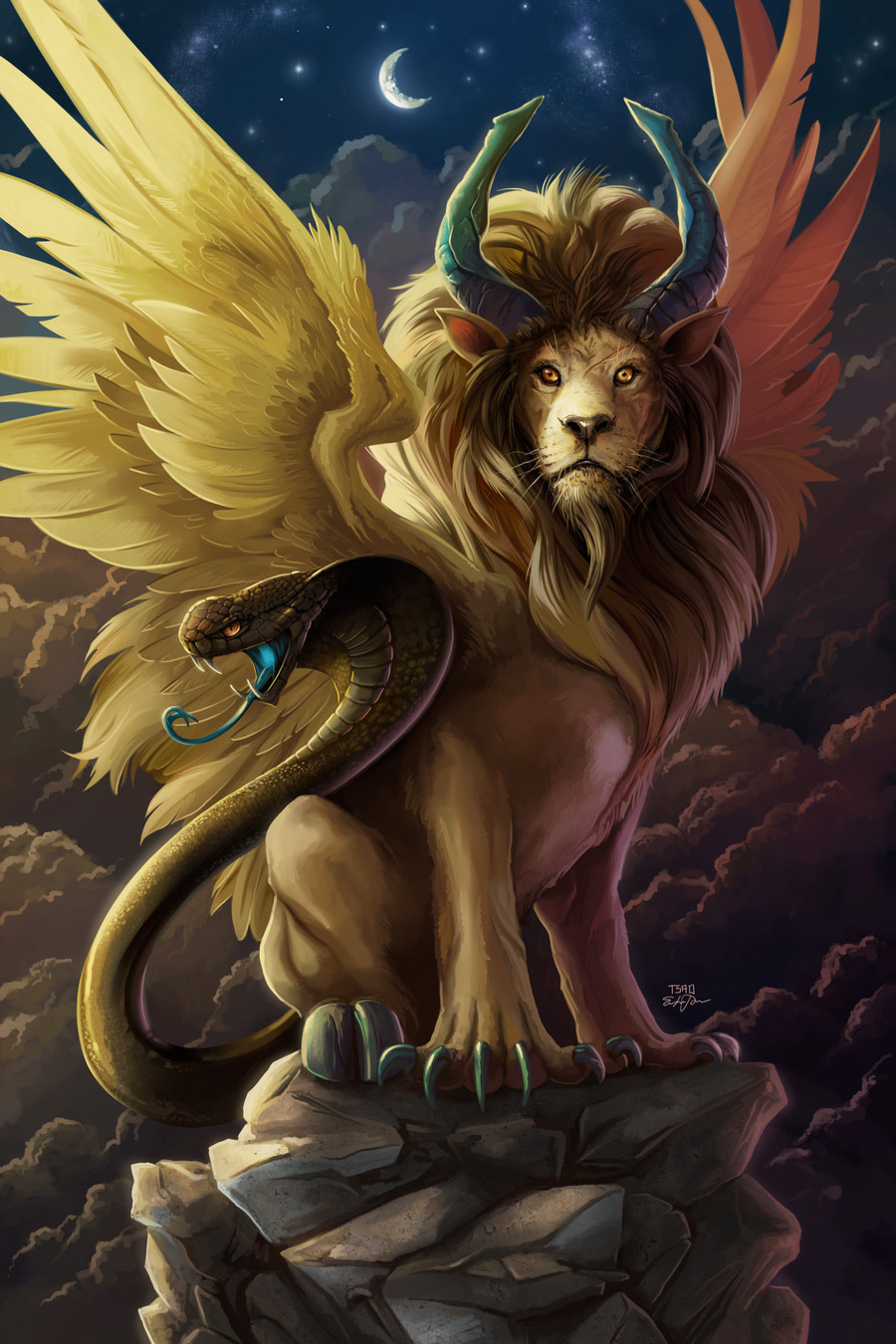 The Chimera was, according to Greek mythology, a monstrous fire-breathing female and male creature of Lycia in Asia Minor, composed of the parts of three animals — a lion, a snake and a goat. Usually depicted as a lion, with the head of a goat arising from its back, and a tail that ended in a snake's head, the Chimera was one of the offspring of Typhon and Echidna and a sibling of such monsters as Cerberus and the Lernaean Hydra.